Well its been an interesting year to say the least.
I have been busy writing, Lesley has been busy editing and it has finally happened!
TOAST Book 2 ‘Hells Salvation’ is finally here, I have a small number of pre print run books in my hand but will wait for my main stock before launching itToast_Book 2_Cover_FNL (3)

Over the next six months, I am introducing one of my characters not only in Book 1 but in the whole series, at the rate of one a week, so every week you will get to know them as I do when I write about them. This week its-
Wayne Michaels (Sarge)
Sarge was an ex-Sapper RAA turned bushman. It was said he could survive on two red berries and a dirty puddle for a month!
He was Taswegian born and bred, coming into this world in 1970 in Kings Town; and was the son of Basil and Florence Michaels. Basil was a bulldozer driver who worked for a large civil contractor; his job often took him away from home and all over the state. Most of the time he’d camp away for the week, returning home for the weekend if he was lucky.
Sarge’s upbringing was different to most; he wasn’t a great scholar and pretty well hated his school days. Picked on by the hierarchy and branded dumb by his peers, most of the time Sarge just took off and spent time away with his father. Basil, a qualified bushman, taught him far more than he would ever have learned in the classroom; everything from how to drive a bulldozer to how to fall a tree.
Sarge thrived in this environment and by the time he was twelve years old he could out-cut most grown men with a chainsaw and could handle the O65 Stihl pro-saw with ease.
Basil realised the future wasn’t going to be easy for Wayne and encouraged him to try out for the Army. Much to everyone’s surprise he was accepted; given his lack of education one could only assume that Basil must have had contacts!
After completing his basic training at Kapooka in 1987, Sarge joined the Royal Australian Engineers. It was the perfect career path for him; being part of this corps would allow him to use all the skill sets his father had taught him.
Sapper Michaels attended the School of Military Engineering in Sydney and began his initial employment training as a Combat Engineer. Upon completion of his Combat Engineer course in August 1987, he was posted to the 2nd Combat Engineer Regiment in Brisbane.
As a Combat Engineer, Sarge belonged to the Royal Australian Engineers (RAE) Corps. RAE soldiers are known as ‘Sappers’ and are responsible for assisting their own forces to move, while at the same time denying mobility to the enemy. They are combat soldiers who are specialists in military field engineering, and hold a very wide range of trade and technical skills; being trained in a broad range of tasks including wielding a chainsaw, bridge-building, clearing minefields, demolitions, field defences and road and airfield construction and repair. They are also highly skilled in using explosives to demolish a target.
Among other things, at different times during this military career Sarge was called upon to assist in the construction of temporary roads, bypasses and fords, dig drains and construct culverts, erect bridges using both equipment and non-equipment components, construct and operate rafts and ferries, carry out concreting tasks, and construct field defenses and wire obstacles.
He was experienced in laying, arming, neutralising, disarming and removing mines and booby traps, conducting demolition tasks and producing potable water using water purification equipment. On top of this he could pretty well operate any field machine, boat or power tool you could think of.
Sarge saw extensive service in Iraq, East Timor, the Gulf War and Afghanistan. After paying off in 2000, he ended up back in Taswegia trying to start his own firewood cutting business.
To those who didn’t know him, he seemed like a quiet, unassuming man, with not much to say. But Sarge didn’t mind; he liked it that way.
It was Dick’s farrier who’d originally introduced him to Sarge; Sarge needed a supply of wood to cut and a place to stay, and Dick and Patch needed someone to help them finish building the motel; there was still a lot of fencing, landscaping, clearing and general bush work that needed to be done. It was a natural progression for Sarge to end up with them; his skills had sure come in handy!
Not long after that the long treks kicked off, and Sarge offered to be backup driver. It was his job to prepare the campsite for the arrival of Dick and his customers; this often meant travelling through dense forest on small, and sometimes non-existent tracks. He was also happy to double as a tail guide whenever needed, as well as help with cattle musters and general work around the property.
The friendship between Sarge and Dick developed rapidly; they were a great team, as well as great mates, and the pair worked tirelessly at whatever had to be done.
Sarge was a single man, and he thought it was the best idea ever when they started training the guides; nearly all of the trainees were female and under twenty years old. This was right up Sarge’s alley; and he proceeded to test them all out. By “testing”, he didn’t mean their horse-riding skills! He’d worked his way through to a guide whose name was Jan by the time the skinny local girl came onto the scene.
Fifteen-year-old Annie, who was an excellent horsewoman, took to Dick’s training like a duck takes to water. She also took a shine to Sarge, but Dick was never certain whether this was initially because of the fun it would be to take him away Jan or whether it was because of the feelings she had for the ex-Digger. Although there was a seventeen-year age difference neither of them cared; it was obvious to everyone that this relationship was one that was going to last.
Eventually, after Annie’s mother died, the pair settled down onto her family farm at Twaddle; her other siblings were happy for Sarge and Annie to pay them out, and farm eventually became Sarge and Annie’s place. 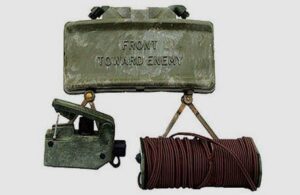 Over the next six months, I am introducing one of my characters not only in Book 1 but in the whole series, at the rate of one a week, so every week you will get to know them as I do when I write about them. This week its-
General Jun Lee Sung
General Jun Lee Sung was born in August 1954; the son of General Wan Zu Sun and Hee-Young Sun.
Military institutes, including the Pyongyang Academy, which became No. 2 KPA Officers School in January 1949, and the Central Constabulary Academy, which became the KPA Military Academy in December 1948, soon followed. These institutions were considered essential for the education of political and military officers for the new armed forces. Jun Lee’s father had been one of their star pupils, graduating in 1950, just before the Korean War, before working his way up the promotional ladder to the rank of General in 1987 at the age of 58.
During the opening phases of the Korean War in 1950, the Korean People’s Army, or KPA, quickly drove the South Korean forces south and captured Seoul. Jun Lee’s father played an instrumental role during this phase, leading his men to victory. By the time Jun Lee had come on the scene, his father was stationed at Pyongyang as a Captain, instructing at the Academy. By now, the war had left his father scarred; something that he himself came to acknowledge later in his own military career.
As a child, Jun Lee was raised with a huge heart, after mainly being brought up by his mother while his father was away. He and his siblings, brother, Wun Too, and sister, Ven Loo, were fascinated by all things American, and loved to play baseball, albeit with a stick and a handmade ball. Jun Lee also would watch the sailing boats with awe, swearing that one day he would learn to sail. He loved the way they moved gracefully through the water, with nothing propelling them except the wind.
Like most army children, young Jun Lee grew up within the military system, and, although his heart was elsewhere, his honour was to follow his father. He joined the army at the age of 16; electing to join the Infantry, and worked his way up the ranks, attaining the rank of Sergeant Major in 1982.
He attended the Central Constabulary Academy, then later that same year, re-joined XI Corps; staying with them until transferring to the Korean People’s Army Special Operation Force (KPASOF). This was an asymmetric force, with a total troop size of 200,000. Since the Korean War, which was widely known as the Korean War of Liberation, it has continued to play a role of concentrating infiltration of troops into the territory of the Republic of South Korea and conducting sabotage missions. This was something that Jun Lee became very good at.
XI Corps saw combat during the Libyan–Egyptian War in 1977, followed by the Angolan Civil War until 2002. Around 2004, as an instructor, Major General Jun Lee Sung trained Hezbollah fighters in guerrilla warfare tactics, prior to the Second Lebanon War in 2006. President Gin Jum Kim, having designed the Alliance, now needed a well-respected leader to lead the ground forces in Taswegia. At 54 years of age, Major General Jun Lee Sung was promoted to the position of General in 2010, bettering his father’s record by four years. 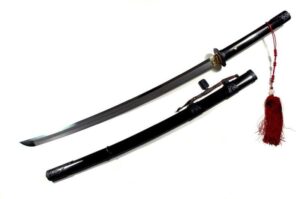 Well its Tuesday morning, cleaners been, pissing with rain but the flags are flying-ANF, Welsh and Red Ensign. I have been feeling like the Black Dog is biting, Ground Hog Day, I’m actually applying for DVA to change their name to WAITING
That’s all I seem to be doing lately, waiting for a decision, how much money they are going to pay me for my pension?
Can’t be that hard!
Photo Below of Dick on Bob

HDFU yesterday!
Big toe has ingrowing toenail
Hacked it out, full of infection
They are concerned about Infection, district nurse to dress it twice a week, no getting it wet etc.
Temperatures through the roof, lets just hope it was because of the infection?

I’m currently reading “The ride to Hell” I must say, having read many books from the same genre, this is up there with the best of them, hard to put down, action packed thrill a minute stuff.
If you like dystopian story telling, Rick has captured the essence of it with this , the first in the series of books in a typical Aussie way. Can’t wait for the next book in this series.
Bravo Zulu that man
Brent NSW

The Book signing team will be at the Oatlands RSL next Thursday night, 22nd
Dick and Jack will be bringing Patch and April, so come along and enjoy a Parmy and buy a book 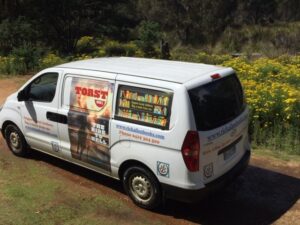 Been a while, but I’m back (to quote the famous quote from Independence day)
Finally received my bulk shipment from China, a full pallet of 1000 paperbacks and freight being freight, the 5 boxes of Hardbacks were left sitting on the loading dock in Melbourne.
So I now have plenty of books, no excuse for you not ordering!!!
I currently have a special running- $26.00 POSTAGE INCLUDED!
Now to order all you have to do is click on the link on the home page which says Support Local Authors and pay the $26.00 as a donation then most importantly go to the Contact page and put in your details, address ,name, email address etc. and that you have just “donated”.
Now for your viewing pleasure, I have included at great expense the photo of the TRF FCPB Fremantle , Dusk at Mary Island